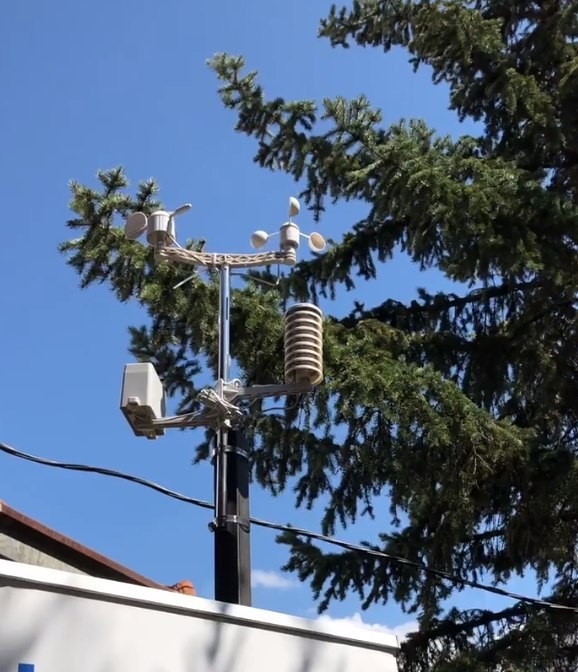 The Sensor Station project is dedicated to acquiring environmental data for climate and air quality awareness. To accomplish that, it aims at the DIY-education of high school students for measuring, analyzing, and interpreting environmental data in whole Kosovo. Also, it aims at raising the students’ awareness and introducing them to the existing citizen science community of FLOSSK.

We have involved students and mentoring teachers from six schools to build sensor stations for measuring environmental data about weather and air quality. This component has taught team building, project management, and working with electronics. This work has been done in different cities in Kosovo, such as Prishtinë, Vushtrri, Lipjan, Prizren, Suharekë, and Rahovec.

The resulting stations were placed at participating schools involving students’ site location choices and how pollution around schools will affect the readings. The stations built will produce relatively good quality open data that will be fed into open data platforms online to be used in the second component of the project and by the general public for information and further study.

Through this project, we have built sensor stations in six high schools in Kosovo that were agreed beforehand in partnership with Kosovo Education Center (KEC). The sensors were built at Xhevdet Doda Gymnasium, Prishtina, “Eqrem Çabej” Gymnasium, Vushtrri, “Ulpiana” High School, Lipjan, “Gjon Buzuku” Prizren, “Jeta e Re” Suharekë, and “Xhelal Hajda Toni” Rahovec. We also held trainings for students from these schools. Trainings were focused on hardware and data analytics for telling stories and policy lobbying.