Mapping Villages and Settlements in Kosovo 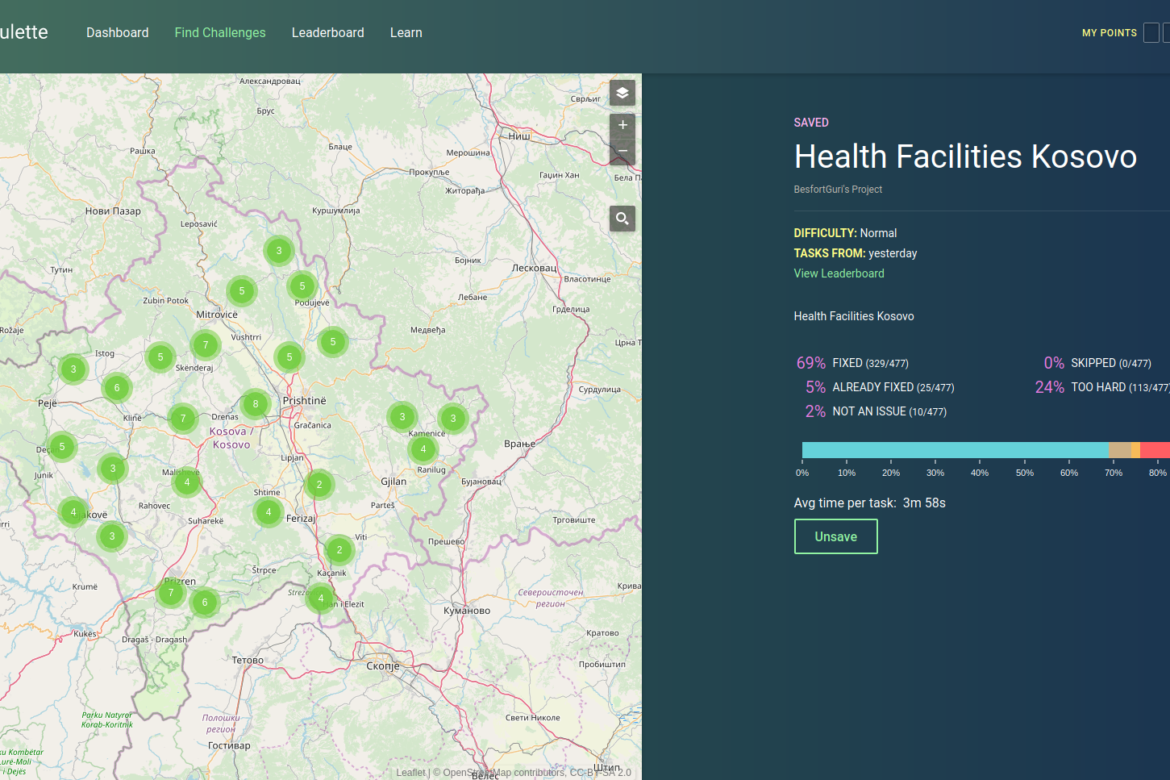 FLOSSK, which sponsors OSM Kosovo, has worked on “OpenStreetMap Kosovo: Developing geographic information systems and skills in Kosovo”, which started in June 2019.

With the new project we aim to organize twelve mapathons in total. During this first part of our project we were able to hold 6 successful mapping sessions. Due to the COVID-19 restrictions we had to hold every training online and this made the process a little bit difficult but we still managed to introduce students to OSM mapping. Beside this we were able to improve map coverage of Kosovo in OSM. Furthermore, we were able to expand our partnership with KEC with their project ASSET by adding 4 more schools to the initial 12. This way we look forward to holding four more trainings after the initial 12 are completed.

Editathons were usually held on Saturdays and lasted from 4-5 hours. During the first hour we had free discussions with the students about their knowledge of OSM. Afterwards, we continued to teach them how to edit their cities or villages in OSM. In total we held 6 edithathons in Gjilan, Kamenica, Lipjan, two in Prishtina, Suhareka, Obiliq, Prizren, and Rahovec.